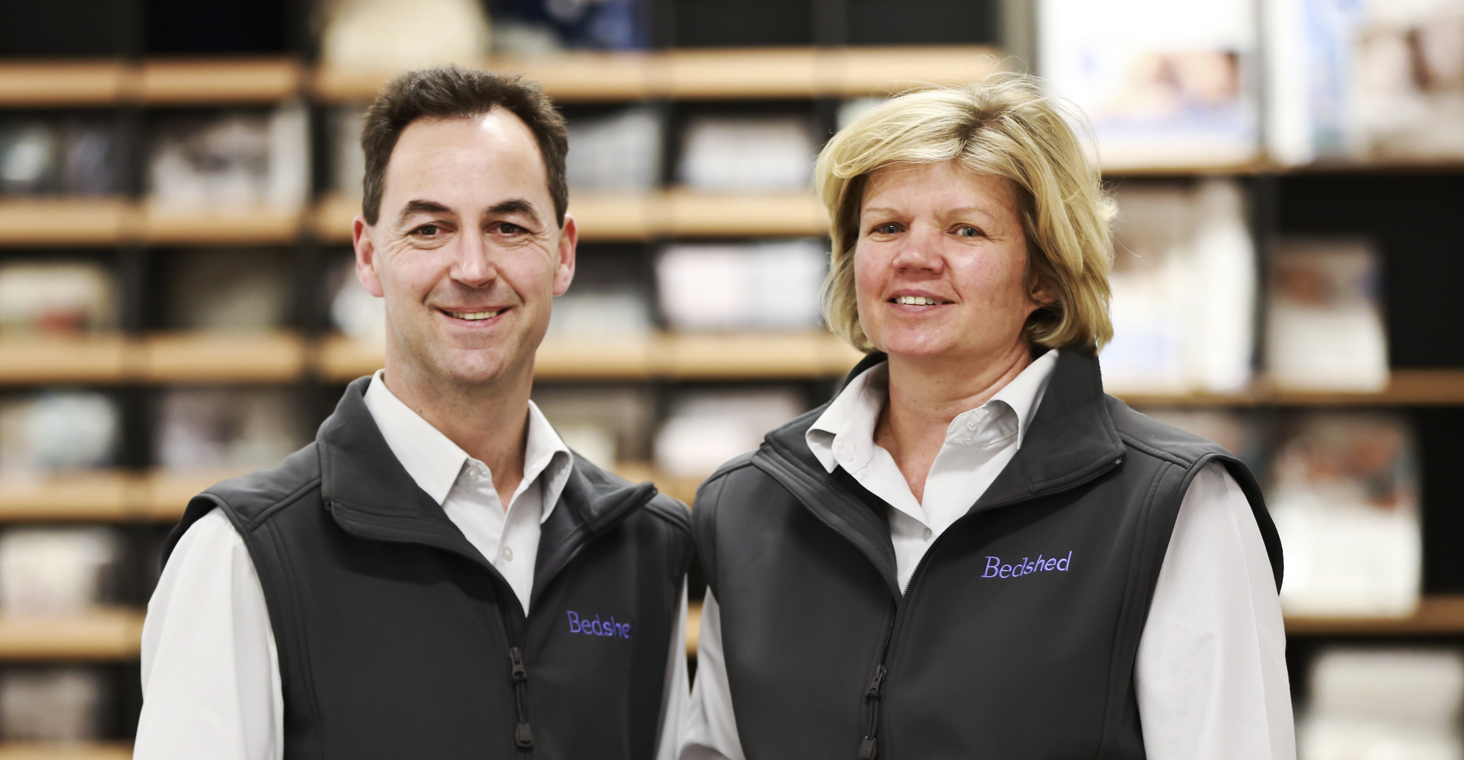 Time for a change

In 1994 Patrick Weiner stepped off a plane from the UK with $7 in his pocket. Now, he and his wife Gill own Bedshed’s bedding franchise in Nunawading, suburban Melbourne. “I arrived a penniless backpacker and built up a career in Melbourne as a Business Manager and a national training consultant. The career-changing clincher came when I arrived home from one of many business trips and our daughter didn’t recognise me.”

“We wanted to minimise the risk and increase the chance of success – after all, we’d never owned our own business. Franchising had nothing but huge appeal for us. We seriously considered two or three different options but didn’t settle until we found a partner who believed in us as much as we believed in them.”

Support from staff and other franchisees

“Before signing we met with management and other franchisees within the Bedshed system, and were thrilled with the level of support we received from all parties.” “The Bedshed team assisted us with everything ahead of our opening – lease negotiations, floor layout, operations, merchandising, staff interviews, marketing, financial matters, training, IT. They held our hands from the word go. It gave us a great deal of confidence,” Patrick said.